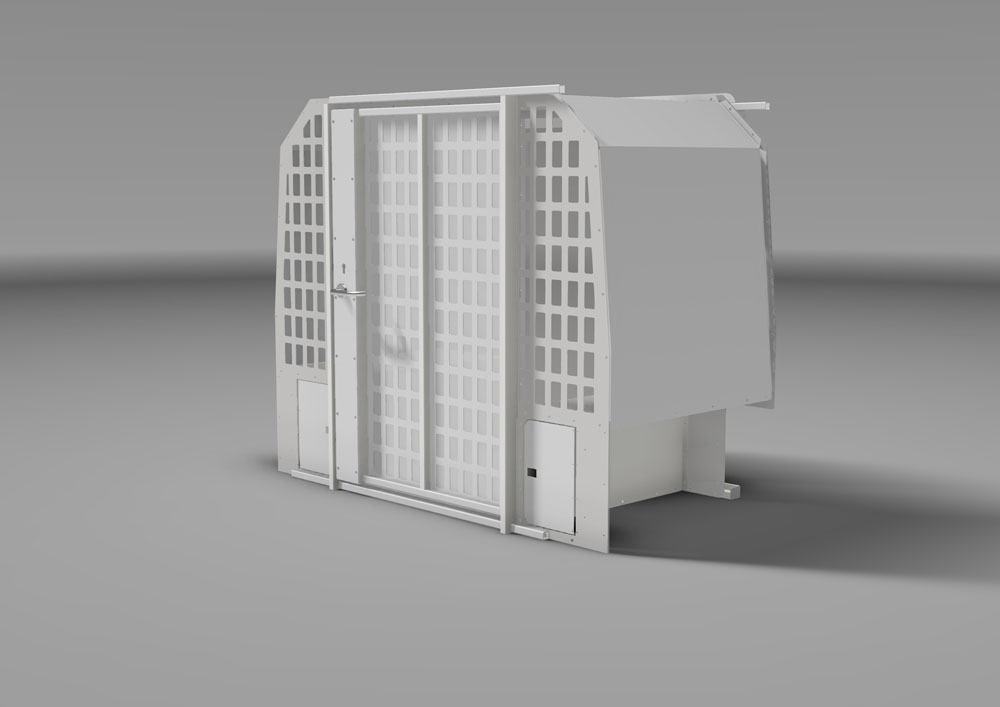 James Alpe  have been building containment cells for Police vehicles for over five years and have built up considerable experience in designing, building and installing safe, robust, fit for purpose cells for a variety of Police vehicles.

How it all began…

Early in 2012 we approached Vauxhall Special Vehicles – a large supplier of Police vehicles. The purpose of this meeting was to introduce James Alpe as a potential supplier of cells for Vauxhall Special Vehicles ‘turnkey’ solutions. At this initial meeting we presented CAD drawings of our existing design.  It was agreed that with some minor modifications and enhancements with regard to cell fixings, Vauxhall would be prepared to carry out a ‘crash test’ on our two person cell. This took place in April 2012 and the crash test was successful. Since then we have designed, built and successfully crash tested six different models of cell and as a separate project a six kennel dog unit which is fitted into the rear of Police dog training vehicles. On all these designs we have worked closely with Vauxhall Special Vehicles, Police fleet managers, vehicle users and other stake holders to ensure our product is fit for purpose.

Where we are today….

Our innovative approach to design has now established us as the country’s leading cell manufacturer and our cells are now installed in vehicles in over half the UK forces supplied either directly, through Vauxhall, competitors and West Yorkshire Police (who build their own conversions). In addition to the Police we also supply cells to private users, secure ambulance companies, and an increasing number of companies to whom the public sector outsource contracts.