Tommi finishes on a high 5 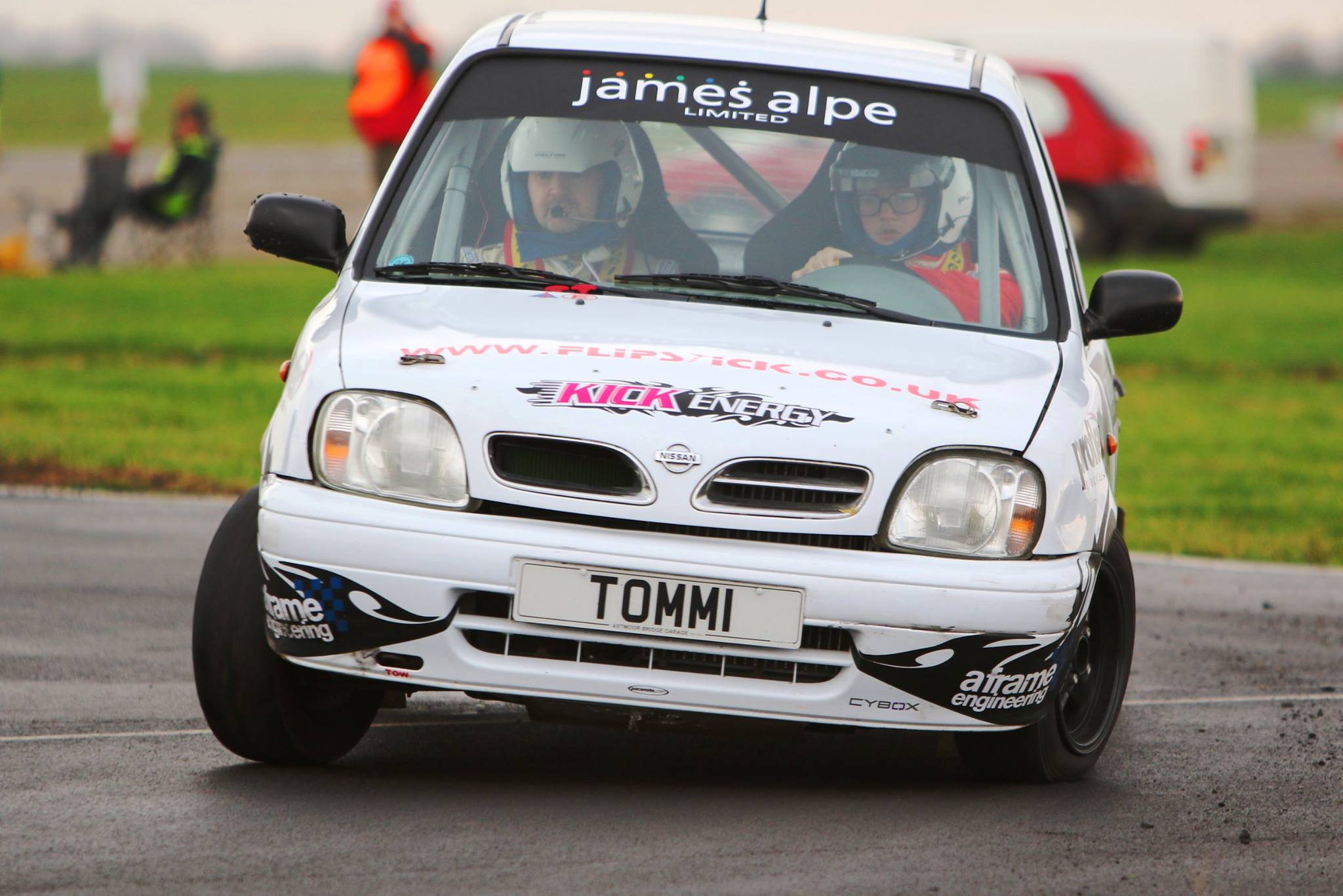 Tommi finishes on a high 5

The 14 year old Bowland High School pupil from West Bradford fought back from a mechanical retirement on his previous event to secure a much wanted finish.

Meadows and co-driver Ian Oakey began the day’s stages in 6th overall, with Tommi benefitting from new power steering fitted for this rally. The pair were however lucky to get past the second stage, after fellow competitor Tom Delaney’s Suzuki Alto left the road at another part of the stage and ploughed through a series of cones and tyres before sliding onto another area of the course, just as Meadows was coming through. However, the Nissan Micra driver’s quick reactions meant they avoided a head on collision with minimal time loss.

The next few stages went without such issues for the crew, and they moved up to fifth overall in the junior rally. Luckily, the expected rain held off for the day, after having had torrential rain at the venue the previous evening. ‘My favourite conditions are when the surface is greasy and slippery after heavy rainfall, but the rain has stopped,’ said Tommi, ‘I see this as a sort of power balancer between my Micra and some of the higher powered Citroen C1s that I am up against.’

The final couple of stages of the event were run in complete darkness, which was an added challenge for the junior drivers. ‘I really enjoyed the dark stages – the first time I drove in the dark was at Anglesey a few weeks ago, and there was torrential rain,’ explained Meadows, ‘the conditions this time were drier, which meant I found it easier to get into a rhythm and set some good times.’

The Meadows and Oakey pairing ended the rally in a fine 5th overall, which is their second best result of the season.

Tommi will be back for his second year in the Junior 1000 Rally Championship next year, and is hoping to be contending for the championship win.